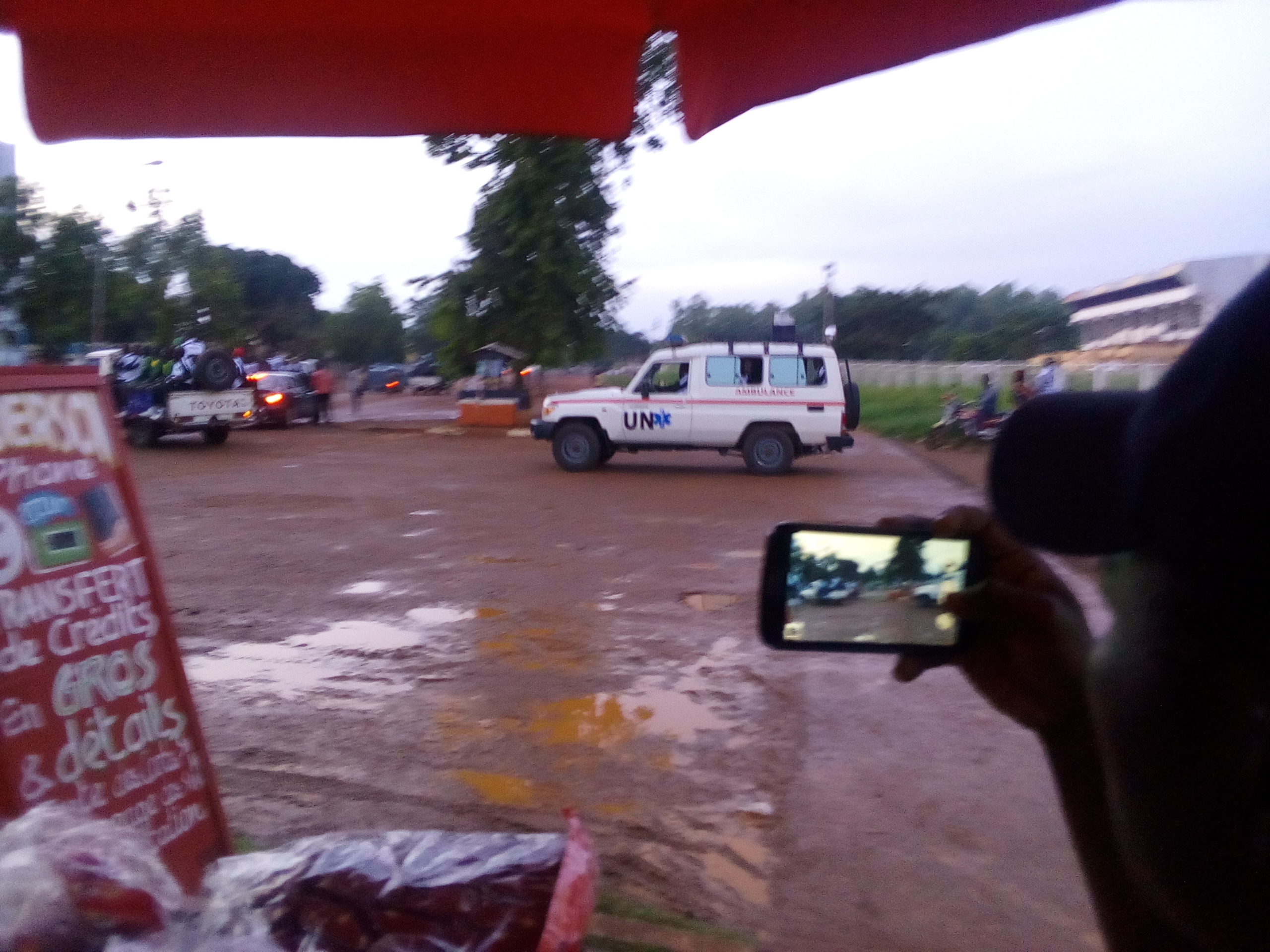 Insecurity: As gang violence escalates in Douala, residents are ‘not safe anymore’

If he steps the wrong way, Thierry Essiane feels an excruciating pain in his left thigh where he was stabbed in July as he tried to stop a street fight.

« We could not watch this gruesome show without reacting,” said the 23-year-old motorcycle taxi driver. “We also grabbed knives to fight. One of them wanted to stab me in the belly. I dodged, but the knife went into my left thigh.”

The perpetrators fled but not before they wounded some onlookers and stole items from nearby stalls. When police arrived on the scene, they stopped a furious mob from lynching a man who didn’t escape and was accused of bringing the gang to the neighborhood.

« While the police were escorting the man to their vehicle, someone in the crowd threw a large stone and he fell to the ground,” said Hélène Delli, a 38-year-old local resident. “He was bleeding and was taken to a hospital.”

In Douala, the economic capital of this central African country, this scene is becoming increasingly common as young men armed with knives, machetes and sticks roam the streets, often murdering, looting and raping in conflicts with other gangs.

In this case, the attacker was a child who was probably younger than 15, and a refugee, say authorities — Cameroon hosts almost 350,000 refugees from the Central African Republic, Nigeria, Chad and Mali.

After a coalition of Muslim rebels called the Seleka overthrew Central African Republic President François Bozizé in 2013, for example, around 230,000 Central African refugees fled to Cameroon, according to the UN.

Also, tens of thousands of Nigerians fled the ISIS-affiliated Boko Haram militants who have been running rampant in their country. Cameroon returned 100,000 of them back home in recent years, garnering criticism from human rights groups.

They and other refugees came to the once-tranquil streets of Douala in hopes of finding jobs and other opportunities. But the breakdown of security in their sprawling communities has led to gangs perpetually fighting in tit-for-tat conflicts.

“There are some who avenge one of their own who has been attacked,” Beti Minyono Dominique, commander in chief of the Douala security forces in Cité Cicam, a district where the gangs are concentrated. “Then there are those who are paid by people who want to settle accounts with their enemies or opponents. The majority of these aggressors are foreigners.”

It’s become a major issue in the city, say locals.

« The phenomenon of gangs is a gangrene that is flourishing, » said Henriette Ekwe, a political analyst, newspaper publisher and founder of Cameroon’s chapter of Transparency International, a corruption and governance watchdog group. « A gendarmerie officer recently confided to me that without knowing the layout of certain neighborhoods, law enforcement officials become easy prey to bandits.”

There are no official figures on gangs. Security forces have arrested hundreds in street fights that led to several murders and hundreds of injuries in Douala this year, said local officials. But law enforcement rarely produces results. Police recently rounded up dozens of young suspected gang members but later released them for lack of evidence.

Neighborhood gang leaders who did not want to be quoted said hundreds of men were in street gangs in each neighborhood of the city of 3 million. They said they could easily bribe their way out of jail.

« We do not attack people, » said the 17-year-old horse-taxi driver, caressing his dreadlocks. « We live here as a family with the brothers of West Africa, too — even the police are in the family. Someone can come and ask us to help solve a problem. Everyone comes out with his equipment. Me, I take my machete to do the work.”

In the Central African Republic, Yapelendji was working in a vehicle repair shop in Bangui when civil war erupted at home. The eldest of four children, two of whom were killed by Muslim militiamen, he takes drugs before street fighting.

« It’s cocaine that gives us the strength and courage to fight, » he said.

Meanwhile, police are now concerned over vigilantes getting together and lynching gang members — a whole new escalation.

“To respect human rights, law enforcement forces refuse to brutalize suspects,” said Dominique. “But some people take this attitude as a sign of weakness.”

Most residents, meanwhile, say they have experienced gang violence and just want it to stop.

« Two boys came into the hair salon and asked for our mobile phones,” said Martine Essombe, who said she handed over her phone immediately. “Outside, other young people were taking old people out of their homes to beat them up, saying they were avenging their friend. Frankly, we’re not safe anymore. »