No Result
View All Result
Home About us

Founded in 2019, MUSEBA which means trumpet in a local Cameroonian language publishes in both English and French. Its projects include international collaborations such as the FinCEN Files, Migrants from Another World, Pandora Papers, etc. 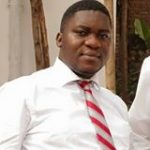 Gael MPOYO,  Reporter: TV producer, publisher and correspondent of several news agencies, Mpoyo exposes corruption and human rights violations in his country DRC for a couple of years. In 2018, he was forced into exile to flee retaliation after airing a documentary on land grabbing in South Kivu province by the family of ex-president Joseph Désiré Kabila. 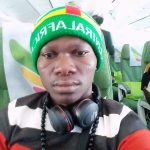 Eric NGABA, Reporter: Ngaba is an independent journalist and publisher in the Central African Republic. For several years, he has been conducting investigations into human rights abuses and illicit finances, including the sources of financing of armed groups and the derivatives of the peacekeeping mission in CAR.

Christian LOCKA, co-founder, is a Cameroonian investigative journalist who has been exposing wrongdoing for 16 years. His work, both local and cross-border, has appeared in leading publications such as 100 Reporters, USA Today, The Washington Times, The Mail and Guardian, Global Post, etc. The 2016 Fellow of the Washington-based Fund for Investigative Journalism (FIJ) was in 2015 the first-ever African winner in the history of the Freelance award of Investigative Reporters and Editors (IRE). He is also the laureate of several other accolades including the Norbert Zongo Award, the African Award for Excellence in the Media, and the Swiss Foundation for Excellence in Journalism Award. Co-Founder  and managing director of  Museba Journalism Project,  he is a member of several groups of investigative journalists.